Get Out is precisely the film New Horror needed: an interracial, urban-centered, post-modern film with high production value and mass appeal. While much has been made of the supposed cultural and political topics covered by the film, the artistry of the film is more similar to recent horror hits like You’re Next, We are What we Are, etc., than a horror-fied Social Justice messaging platform. Given that no one comes here for my socio-political interpretations of art (I tend to leave that to my peers), I’ll focus on analyzing the aesthetic qualities that make this movie such a masterpiece of modern horror cinema. 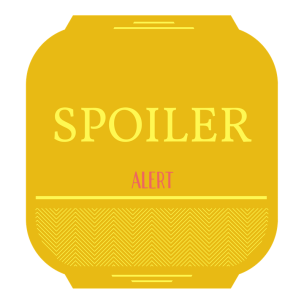 The protagonist, Chris, is not a stock character. He grew up with no father and a mother who died young, but this has nothing explicitly to do with “the dope game” or some stereotypical urban tragedy. His trauma is extremely relatable to all audiences- it’s a real response of sublimation and uncertainty. He is approached multiple times about Obama, but he’s not at all enthusiastic about the topic. His friends have nothing to do with “the street.” In fact, his best is a highly insightful TSA agent that offers classic, old-fashioned comic relief through out the film. The socio-political fabric of this film is somewhat fluid and ill defined.

This vague cultural backdrop can be seen as integral to the aesthetic of the film, and that’s why I mention it. There isn’t a strong nostalgia for a concrete cultural norm or narrative from the beginning onward. This places squarely in the deeply post-modern camp of horror being pioneered by films such as the VHS series, where the locus of alienation and pathology in the narrative is built from the bottom-up. We take the journey of disorientation and despair with the protagonist. This new aesthetic bent growing in the horror genre is extremely refreshing and regenerative, keeping horror on the cutting edge of cultural critique and relevancy.

While this film features a fresh narrative and aesthetic, it also makes charming allusions to horror films of the past. The family of Chris’s girlfriend, Rose, employs two employees to run their country estate- the location of the horror portion of the film. These black employees use an intonation and manner of speaking that will be instantly familiar to fans of cult-horror classics like White Zombie with Bela Lugosi. It appropriates an uncomfortable stereotyping made of black folks that was common with Caribbean-located tales of plantation workers turned zombies; vacuous, docile, and disturbingly pliant. This stereotype becomes intriguingly inverted as it turns out these presumed “black” zombies are white people’s brains living inside lobotomized black folks.

The horror genre has long utilized tonalistic approaches to creating atmosphere in its cinematography. That is, directors have looked to controlled, limited, or compressed value and color ranges to give an impression of moodiness, brooding, spookiness, mystery, etc. The image above is a famous example of a restrained tonalist aesthetic from James Abbott McNeill Whistler (Arrangement in Grey and Black No.1, oil on canvas, 1871).

The reasons for this are many: it links to horror’s roots in European Romantic movements, it connects to sensations of low-visibility (and the resulting fantasies of the imagination), it helps demarcate a relatively safe, separate, dystopian space to enjoy the dark or frightening content remotely, etc. The clip below of horror classic Nosferatu demonstrates this approach to creating atmosphere.

Get Out forgoes relying on this tonalist cinematography to create its own visual language. While scenes such as Chris witnessing the grounds keeper exercising at night (below) use this effect for distinct purposes, it’s also arguable that the night or late afternoon scenes where this is used are merely naturalistic. It’s natural for there to be lower value and color ranges in certain settings.

Anyone who’s ever spent much time in up-state New York will recognize the seasonal, cool light in Get Out’s suburban New York setting. Having spent time there myself during the Fall season, Get Out appears to be very natural in its over-all camera work and filtering. Interestingly enough, Chris himself is a photographer with an eye for what’s described as “brutal” realism by the gallery owner who later purchases him in an attempt to enslave Chris for his eyesight.

It’s that “brutal” edge that Chris is supposedly know for that gives the film its most remarkable aesthetic persona. We get a brief glimpse of Chris’s sensibilities during the establishing shots of the film in a montage of his work set to nostalgically urban music. The most iconic sequence of the film features this prominently, as the tears on Chris’s face are vividly visible while he becomes entranced by Rose’s mother (below).

Of final note is the general aesthetic cohesion of the film. Get Out manages to create a dramatic, compelling synergy out of the harmony of the various aesthetic elements of the film. The Soundtrack manages to evoke and portend the mood of the film perfectly, for example. In the opening credit scene, upstate New York forests blur in cool light past the viewer as the film’s discordant motif of the film’s sinister elements provides a queasy mood. It flows, as mentioned above, into the warm, familiar soulfulness of urban music in Chris’s home setting. The soundtrack varies from uncomfortably old-timey to hauntingly spiritual, always managing to evoke the proper emotion. It manages to be forward looking and respectful of the genre’s historical sensibilities in a refreshing manner.

In conclusion, Get Out will likely be remembered as an achievement in contemporary horror. It gets political, but no one side comes out as the clear “winner.” It addresses fears of autonomy and control while being anchored in a specific, well-formed narrative. In this way, it is a distinctly lyrical horror film- a film that comes from a deeply personal place but is universally relatable.